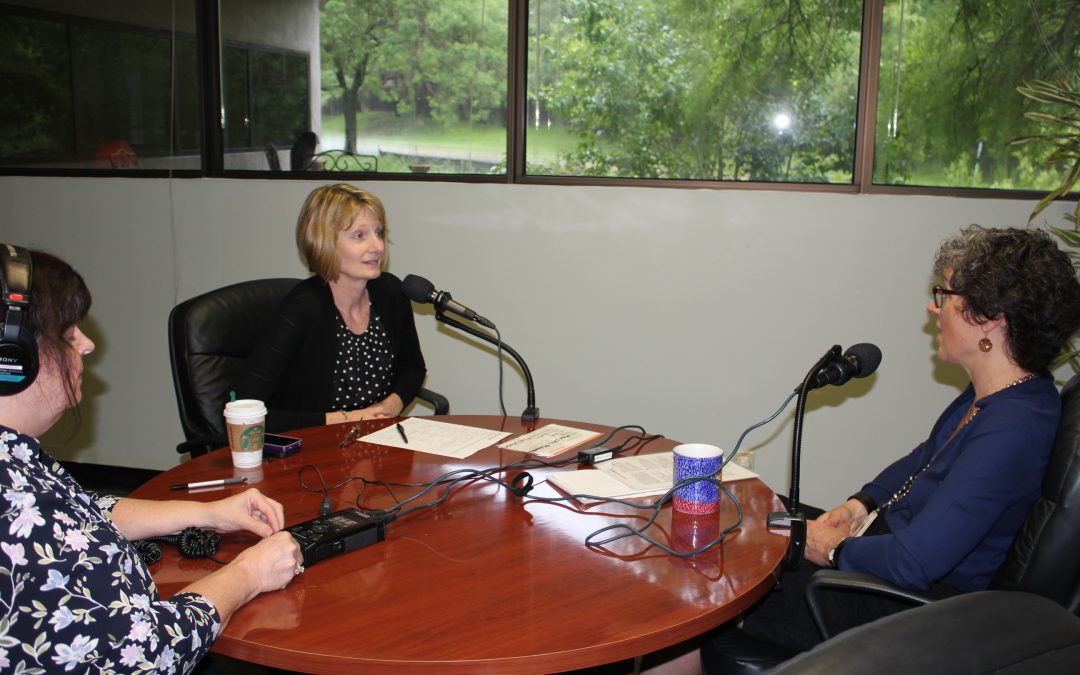 StoryCorps approached Hospice Austin last fall to see if we would participate in their Legacy Project, which records stories of people whose lives have been affected by serious illness.

StoryCorps is a nonprofit organization whose mission is to record, preserve, and share the stories of people from the U.S. from all backgrounds and beliefs. The founder of StoryCorps, Dave Isay, used to make documentaries for a living and had discovered that there was power and magic in the telling of one’s story. In 2003 he and some friends built a sound-proof booth in the terminal of Grand Central Station in New York City and invited people to come in pairs to interview each other with the help of a trained StoryCorps facilitator. To date, StoryCorps has recorded more than 50,000 interviews in all 50 states, archiving them in the American Folk Life Center at the Library of Congress. Many StoryCorps participants have said that the 40 minutes they spent doing the recording are among the most meaningful of their lives.

In mid-April, two StoryCorps facilitators came to Hospice Austin and, over four days, trained 10 employees and volunteers in how to use the equipment, how to prepare both the storyteller and the interviewer, and in the power of storytelling itself. In exchange, Hospice Austin agreed to record at least 30 stories over a three-month period.

From April through July, Hospice Austin recorded 116 stories of patients, caregivers, volunteers and staff. I was lucky enough to be a part of almost half of those and it was one of the richest experiences of my life. Our youngest storyteller was 10 years old; our oldest was 101. We recorded a story about the founding of Hospice Austin; we recorded the story of a patient who lives under a bridge. We recorded many, many stories of staff and volunteers whose lives have been touched deeply by Hospice Austin.

StoryCorps now has an app that you can download onto your phone or tablet to make your own recording. The recordings will be archived at the Library of Congress. To download the app, visit StoryCorps.org. If you download the app before Nov. 26th, you can participate in The Great Thanksgiving Listen. StoryCorps is encouraging everyone to record an elder over the holiday so that, on one single weekend, an entire generation of American lives and experiences are captured.

The following are three things I learned from StoryCorps:
Everyone has a story. We are all works of art. And like most great works of art, there is a mixture of harmony and dissonance, beauty and pain. Real stories are messy, not perfect.

Everyone has a story worth sharing. Something happens in the telling of our stories that is powerful and sometimes even healing. How seldom we actually take the time to stop and really tune in to one another in our fragmented and frenzied world. To ask someone about their life, their hopes and dreams, heartache and triumphs, and then to actually stop and listen is to realize that we share so much in common; that we belong to each other in deep, mysterious ways; that we are part of one another. Likewise, when someone listens to your story, you feel both seen and heard; you feel loved. As one of our patients said after his StoryCorps experience: “I don’t feel like I’m dying – I feel like I’m living. I feel like I’m finally waking up.”

There is something magical about recording your story. Putting your story on record somehow gives people the license to have profound conversations and ask significant questions that they simply would not otherwise. It seems to make what’s being shared feel more legitimate, more real. People get a priceless look on their faces when they realize that the ordinary stories of their life will be archived in the Library of Congress – it says, my life matters. Getting to see that look over and over and over was like standing on holy ground.

In the words of the late Maya Angelou, There is no greater agony than bearing an untold story inside you. So, let’s share our stories. Let’s encourage those we love to share theirs. And when they do, let’s listen with all our hearts. It could just be the most important thing we ever do.