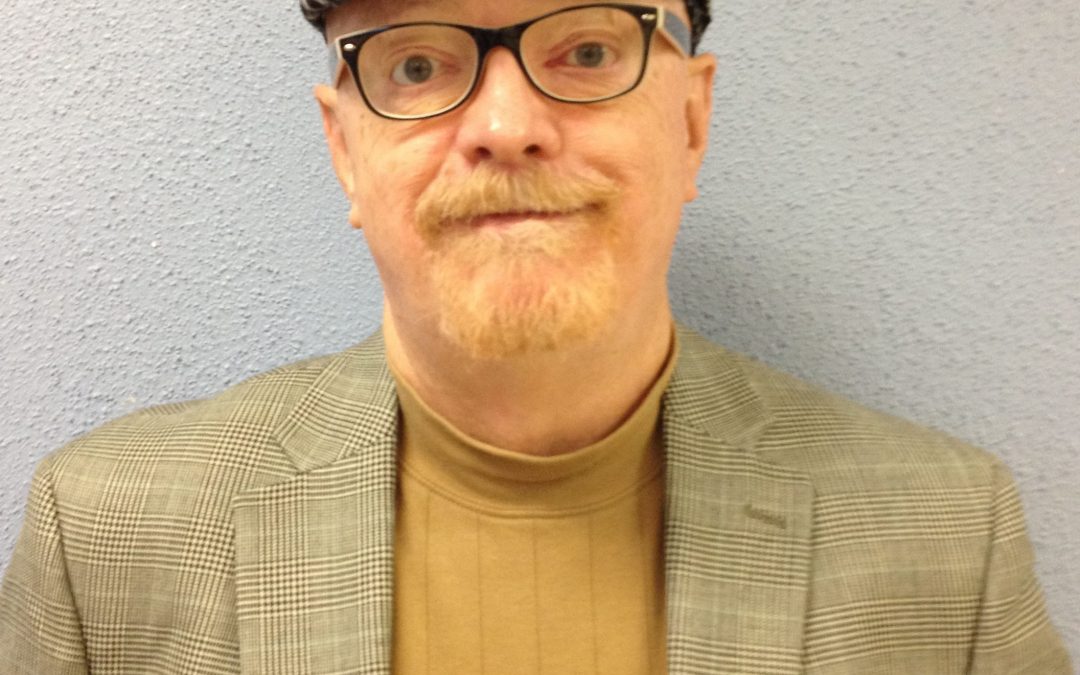 I showed up for my afternoon shift at Hospice Austin’s Christopher House where my mother-in-law died more than 15 years ago.

The walkway is made of bricks. Many of them contain names and life dates of people who had died at the hospice. Recent rains had caused dirt, leaves, and crushed granite to wash out of the shrubbery beds and onto the walkway.

I decided to sweep the bricks as a prelude to visiting patients. It was a service to the dead, not to the living, grieving, and suffering people I would later visit.

With broom in hand, I began to sweep. Fresh off reading short stories by Ryūnosuke Akutagawa, it was easy to imagine myself in a Japanese garden, paying punctilious service to the dead.

I tried to read all the names and to say them silently as I brushed them with the broom. I remembered a Zen saying about the impossibility of attaining Enlightenment by practice alone. You cannot make a mirror by polishing a brick. Well, I wasn’t after Enlightenment, just peace for myself, and compassion for the living and the dead.

A few of the bricks were in low spots close to the edge, and soil had accreted in the incised names. I brushed it out.

Eventually I finished the double walkway. I came upon my mother-in-law’s memorial brick. I did not remember having seen it before.

I sat on a bench and drank bottled water, and then I went in to the hospice building.

In the first room I entered, a 94-year-old woman lay near death. With some surprise, I realized that I knew the younger woman, closer to my own age, who was sitting in a chair near the bed. We greeted each other, and the daughter introduced me to her mother, who was semi-conscious.

I noticed a hymnal lying on the bed. Apparently the daughter had been singing to her mother.

For years I have described myself as an average bass in a very fine church choir. I have also confided to people, including at least two priests, that I never fully believe unless I am singing.

I talked to the daughter about singing. I offered to sing with her. She suddenly got shy or embarrassed, and said she did not want to do that. She offered to have me sing. I accepted.

The hymnal was unfamiliar. I leafed through it hastily, turning past songs I did not know. Before long I came across “Ye Watchers and Ye Holy Ones.” It has a lovely melody that does not have too many high notes, and it is a hymn full of Allelujahs, not at all lachrymose.

So I began to sing. I found myself more emotional than I would have expected.

I focused on the music and on making my tone more even. As an Episcopalian, I felt the need to sing all the verses. I found myself taking liberties with tempo, because I had no need to keep the beat with anyone but myself and my listeners.

The old woman was turned partly on her side. She could not speak, but she was listening. I sang the last few bars very slowly, and on the last Allelujah I let my voice resonate.

There were other patients to see that day, so I bade my farewell and moved on. After visiting others, I came back, and the woman was resting quietly in her room alone. I stood by her bed for a brief time.

When I got home that day, I logged on to my computer and ordered an Episcopal hymnal. I donated it to Hospice Austin’s Christopher House.

Later I learned that she died two days later, the same day that I flew to New York to visit my daughter and to celebrate her new life as a vital young adult in the big city.