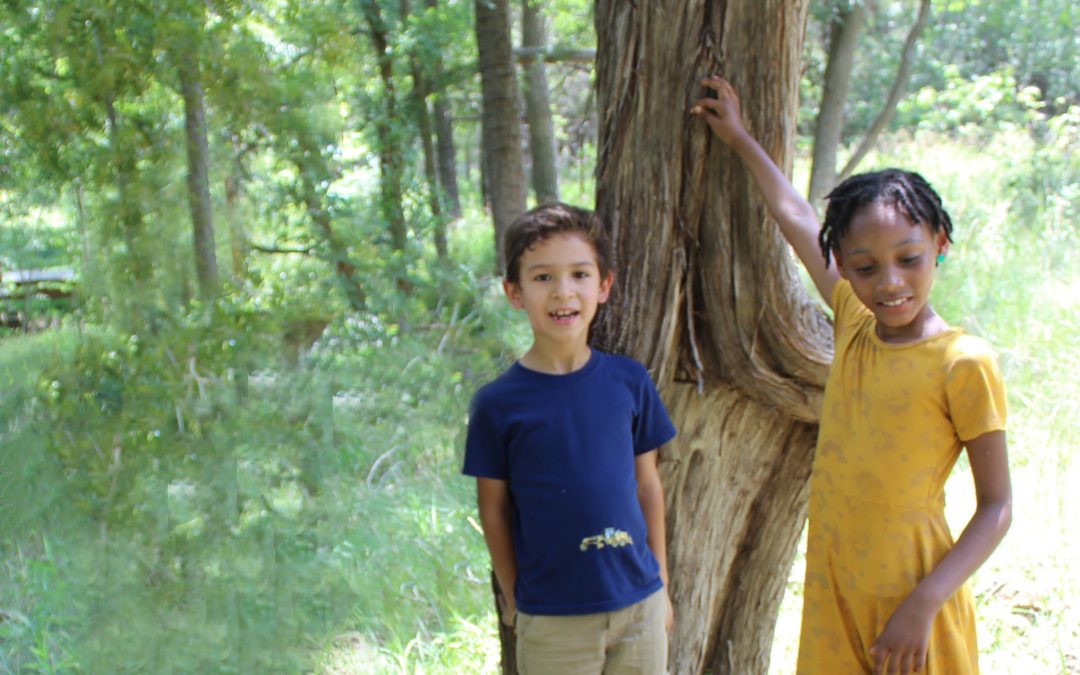 This was the story told at the opening ceremony of Camp Brave Heart this summer, Hospice Austin’s 3-night summer camp for children and teens who are grieving the death of a loved one.

Once upon a time, there was a small sapling living in a beautiful grove near the Blanco River that runs through John Knox Ranch.  The sapling was young and tender and soaked up all the warm sunshine, refreshing rain, and good soil until gradually it grew into a sturdy young tree, hearty and strong.

One night, however, a terrible storm swept through the ranch.  There was lashing rain, booming thunder and streaks of lightening that lit up the sky.  The birds took cover in the largest trees.  The little animals that like to forage for food in the grove found hiding places, taking shelter away from the river that was now swollen and overflowing its banks.  The wind blew ferociously, bending the trees from side to side.  The little tree was bent and battered by the storm, but held on by its roots and stood firm.  At the pinnacle of the storm, however, an enormous crack of lightening electrified the entire night sky, striking the little tree in the center of its trunk, seeming to split it in two.

Gradually the storm subsided, the sun came out, the floodwaters diminished, the birds began to sing again and all the little animals…rabbits, mice, voles, raccoons…began to forage for food once more in the grove.  For a season, it seemed like the little tree would not survive its terrible injury.  Gradually, almost imperceptibly, the tree began to grow again.  A little green shoot appeared, and then another.  The warm sun, refreshing rain, and good soil nourished the battered little tree back to life once more.  Over several seasons, the little tree grew around the place where it had been split in two until eventually there was an open space in the tree trunk that reached all the way to the ground.  Over time, this space became smooth and solid.  It was a refuge for little animals taking shelter from other big storms or hiding from predators.  This tree became strong, with branches stretching out in every direction, creating shade for campers and places for birds to make their nests.

We call this the Brave Heart Tree.  Like that tree, each of you has withstood a terrible storm and suffered enormous loss.  Keep an eye out for the Brave Heart Tree.  It is proof that even the most ferocious storm can be survived.  It reminds us that the pain of our loss can, over time and with care, transform us into people whose brave hearts will provide comfort and shelter to others who find themselves in the midst of a storm.

Camp Brave Heart is provided at no charge to the families of the campers due to the generosity of Blue Birds & Friends, Harry E. and Eda L. Montandon Charitable Trust, H-E-B, Service Lloyds, Texas Oncology, and Topfer Family Foundation. We deeply appreciate their support in helping the youngest in our community weather the storm of loss.

To see photos of this summer’s camp, please click here.