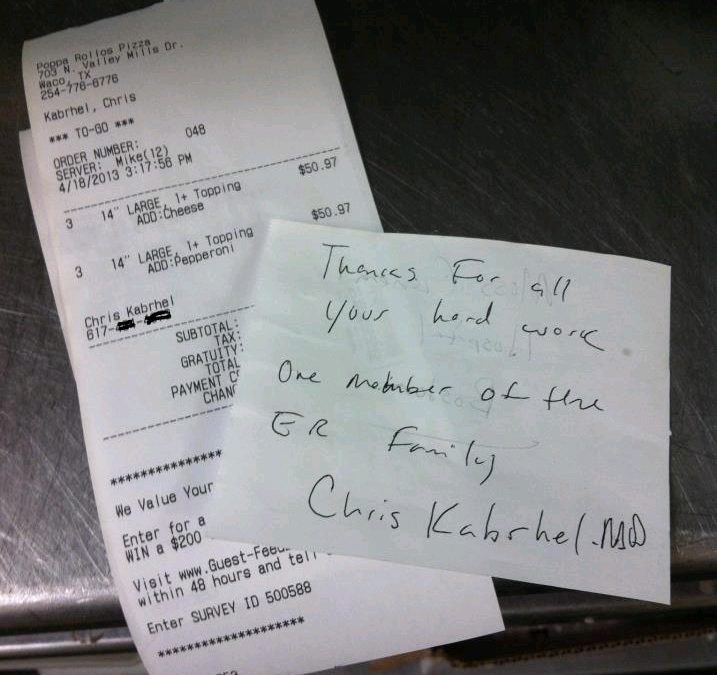 If last week had been a fish, I would have thrown it back.  It seemed that we couldn’t turn around without encountering another heartbreaking story or situation.  The Boston Marathon bombing; the devastating explosion in West, Texas; a destructive earthquake in China; a dear friend admitted to hospice care; another friend just diagnosed with cancer.  It felt like the world was wobbling on its axis; that nothing was as it should be.  Times like these can leave us feeling disoriented and weak, as if the wind has been knocked out of us.  Where do you even begin in a world that seems irreparably broken.

In the Jewish tradition there is an ancient concept called Tikkun Olam, or repairing the world.  It grew out of a story from around the 3rd century about earth’s creation.  It goes something like this:

At the beginning of time, God’s presence filled the universe. When God decided to bring this world into being, in order to make room for creation, God drew in a deep breath, contracting Himself.   Within that inhalation darkness was created. And when God breathed out the words, “Let there be light,” the light that came into being filled the darkness, and ten holy vessels came forth, each filled with a brilliant primordial light.

God sent forth those ten vessels, like a fleet of ships, each carrying its cargo of light. Had they all arrived intact, the world would have been perfect. But the vessels were too fragile to contain such a powerful, divine light. They broke open, split asunder, and all the holy sparks were scattered like sand, like seeds, like stars.

Those sparks fell everywhere…and that is why humans were created:  to gather the sparks, no matter where they are hidden.  When enough holy sparks have been gathered, the broken vessels will be restored, and tikkun olam, the repair of the world, awaited for so long, will finally be complete. Therefore it should be the aim of everyone to gather these sparks from wherever they are imprisoned and release them into the world.

Tikkun Olam, repairing the world.  When the earth changes and the mountains shake perhaps gathering the hidden sparks and letting our light shine is the only true way forward.

Here is one powerful example of tikkun olam:

Last  Thursday an ER doctor at Massachusetts General Hospital in Boston placed a pizza delivery order for the emergency staff at Hillcrest Hospital in Waco, Texas who were treating the victims of the explosion in nearby West.   He included a note of thanks for all their hard work from one member of the ER family to another. In his way he was gathering sparks, repairing the world.

Where do you find sparks of light?

What are three things you can do right now in the spirit of tikkun olam or repairing the world?

My heart is moved by all I cannot save:
So much has been destroyed.
I have to cast my lot with those
Who age after age, perversely,
With no extraordinary power
Re-constitute the world.