Giving Hands and Heart to Our Mission 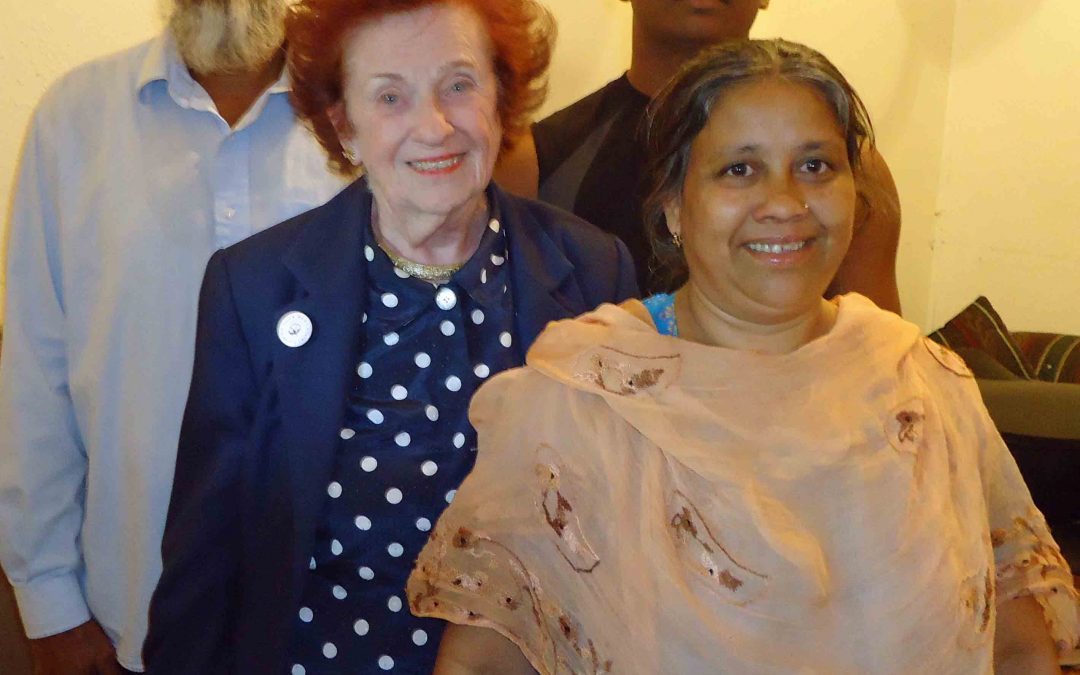 There is an old African proverb that says when you pray, move your feet meaning when there is something you hope for, something you believe in, don’t just stand there– make it happen.  Your generosity gives feet and hands and heart to the mission of Hospice Austin, making it possible for amazing things to happen.

I want to share a story to illustrate the difference your support makes. Not long ago, we received a volunteer request for a 19-year-old patient with cancer. This young man along with his parents and two brothers were recent immigrants from Bangladesh.  The brothers spoke some English, but the patient and his parents spoke little.  The family did not own a car and the patient needed a ride to and from Brackenridge at 7:30 am twice a week for six weeks to receive palliative radiation. It seemed like a challenging request. In looking through our volunteer database we saw that Irene, one of our most faithful volunteers, lived less than a mile from this young man.

A woman in her mid-80s, Irene is slightly hard of hearing, has a rather stern demeanor, and is deeply religious and outspoken about her views. She also has a heart of solid gold.  When we asked if she might be able to provide transportation for this young man, she didn’t hesitate.  Twice a week for six weeks this older Christian woman drove this young Muslim man to and from his radiation appointments.  And in those six weeks, despite language and cultural differences, a deep friendship took root.

After Irene found out that this patient’s 14-year-old brother had injured his leg playing football, she insisted on taking him to his doctor appointments.  When the doctor advised exercise for his leg, she brought him to Planet Fitness twice a week, on the premise of needing exercise herself and wanting company.  While he pumped iron, she would walk on the treadmill or sit and read a magazine. After he recovered, she went to his football games.  At Thanksgiving she invited the entire family over for a traditional turkey and dressing dinner and at Christmas she brought them special treats. In return, the patient’s family asked her to join them for a traditional Bangladeshi meal. She obliged, although she told me she’s still not sure what all she ate!

When the patient was near the end of his life, he was moved to Hospice Austin’s Christopher House to manage his pain. Knowing the family was keeping around-the-clock vigil, Irene brought them several large pepperoni pizzas, not realizing that Muslims don’t eat pork. They were such fast friends by this point, however, that they took no offense and simply peeled the pepperoni off, setting them to the side.

This volunteer was there for this family through thick and thin, impacting this family’s life and they hers.  And I like to think that together they have made a positive, peaceful difference in our sometimes fractious world.

Your support and generosity make this kind of unconditional kindness, hospitality, and friendship possible. On behalf of all our patients and families, our staff, and our larger community, I want to offer a heartfelt thanks for making stories like this and so many, many others an every-day occurrence.