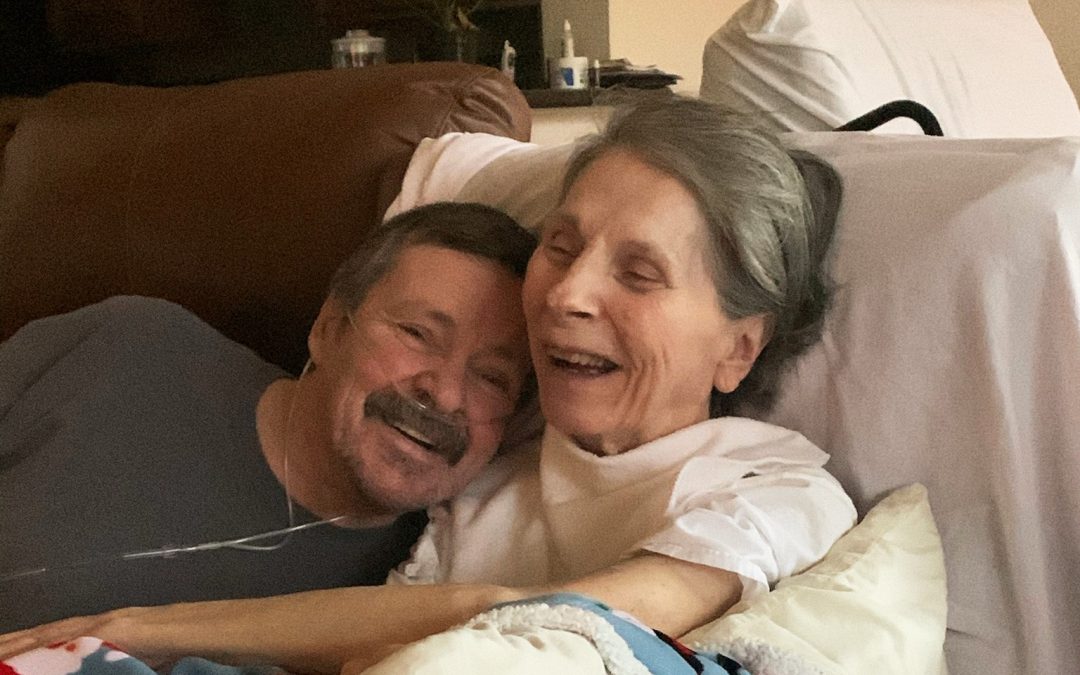 One of the best things about our job is the privilege of witnessing so many love stories. Hospice Austin Chaplain Katrina Shawgo says she and her team were particularly impressed by Sue and Richard Strahm.

“She has dementia but her husband is so sweet with her,” Katrina said. “He still flirts with her, saying things like ‘Get up and run around the house and I’ll chase you. Now if only I can remember what to do with you when I catch you!’ She’s minimally verbal and rarely smiles for other people, but always smiles for him. He still makes her laugh.”

Sue and Richard met at a bridge table in Ohio. His life was in transition and he was looking for ways to fill his time.

Bridge games led to love and, within a few months, they were living together. When Sue’s job transferred her to Houston, Richard came along. They started playing bridge tournaments all over the state, often against professional players. Eventually, they became interested in golf and played together for years. After retiring to Georgetown, they took up ballroom dancing: waltz, fox-trot, samba, tango, quick step, nightclub 2-step, bolero and swing. All of their hobbies, they did together.

Richard started noticing that Sue was sometimes having trouble remembering the dance steps. She was diagnosed with Lewy Body Dementia in 2014. She now sleeps in a hospital bed in the dining room that looks out over a shimmering pond. He sleeps on the couch next to her.

“She’s still here,” Richard said, “We just turn on the music, let the music play, and see where it takes us.” 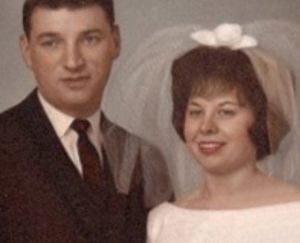 Ken and Marlene Stacey are another couple who shared hobbies: playing golf, shooting skeet, and cooking. Ken was an engineer and Marlene was a pharmacist. They are now both patients on Hospice Austin’s service, living in an assisted living community. Every week, Ken gives a report to their Hospice Austin nurse about how Marlene is doing, and every week, according to his nurse, he is spot on. Ken came on service first. Their daughter, Tara Bodwell, said that he later initiated service for his wife because he felt like he was getting great care and wanted her to get the same.

Tara said that Ken always loves to get Marlene thoughtful gifts for Valentine’s day. “Now that he can’t shop himself, he makes sure one of his daughters gets her flowers and chocolate and especially chocolate-covered strawberries,” she said. “Their love story is an inspiration for their granddaughters who hope to find love like theirs.”

With great love, of course, comes great anticipatory grief as couples process their impending loss. Chaplain Katrina Shawgo sits with them in their grief and encourages them to talk about their mate, what they’re feeling, and how important that person is in their life.

“I see so many tender expressions of love,” Katrina said. “It ranges from the playful and flirtatious, to changing their briefs, helping them eat, wiping their face, and just protecting their dignity. Every day, I get to witness acts of love.”