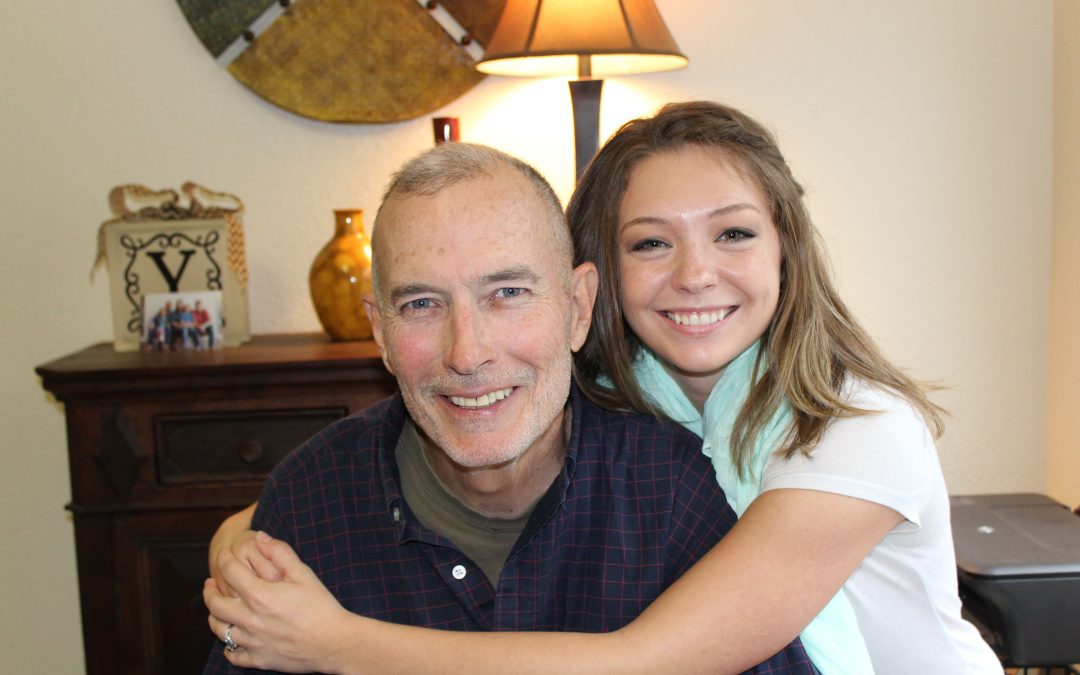 Not long ago, Terry Yon was sitting at his kitchen table feeling sick and despondent. Diagnosed with cancer two years ago, he had endured colon surgery and undergone round after round of chemotherapy and radiation, each experience worse than the one before. The last round of chemo had made him throw up hundreds of times, caused hot flashes that left him drained and soaking wet, and triggered large sores on his face, back and chest. Radiation, in an attempt to shrink the biggest tumors, had badly burned his side. He was, in short, miserable.

Terry began writing down his thoughts. He had always been interested in songwriting but had never done it – until now. He was writing for himself, but he was also writing for every other person who has spent long hours in chemotherapy infusion rooms and strapped to radiation tables. A song was born: God, Are You Near Me At All?

“These people need love, they need someone to embrace them,” Terry said, “The sheer bravery that people exhibit as they endure long hours, long months of sickness, as a result of chemo and radiation is one that ought be told in more clarity and with greater compassion to everyone.”

Terry contacted a vocal coach, who asked her students if anyone was interested in working on this project. Rebekah Haven, a young singer/songwriter who had recently lost her mother to cancer, jumped on it. Rebekah, at 18, had cared for her mother and homeschooled her younger siblings during the four years of her mother’s illness. Her mother hung on until three weeks after Rebekah’s wedding. Rebekah remembers sitting by her mother’s side and telling her, “It’s not that I don’t want you here – I do – but we’ll be okay.” Her mother died the next day.

Rebekah wrote a new melody and smoothed out the lyrics. Meanwhile, time was growing short. Terry’s condition had worsened and he was now on Hospice Austin’s service. Last Friday, Rebekah jumped in her car and drove 13 hours to Nashville. She contacted a producer who, it turned out, had lost his parents to cancer. He donated his services, studio and musicians. They recorded the song, and Rebekah returned on Sunday. The entire project had been completed over a single week. There are plans to produce a video, as well.

Terry already has his legacy – his beloved 12- and 14-year-old sons – but this song is a testament to all who are battling cancer. If there are any proceeds from the song or video, he would like it to go to a global cancer fund for patients who need help paying bills and with other means of assistance.

Terry doesn’t know what the future holds, but he said he does believe God is near him. And he is absolutely thrilled with the song. Life is about trying, he said. “Us writing this song, Rebekah driving 13 hours to make something happen – it’s the boulevard of dreams that make dreams come true. You have to at least try. Besides,” he added with a shy smile, “the song is just so pretty. How can you not like it?”