Every Minute of Every Day Counts 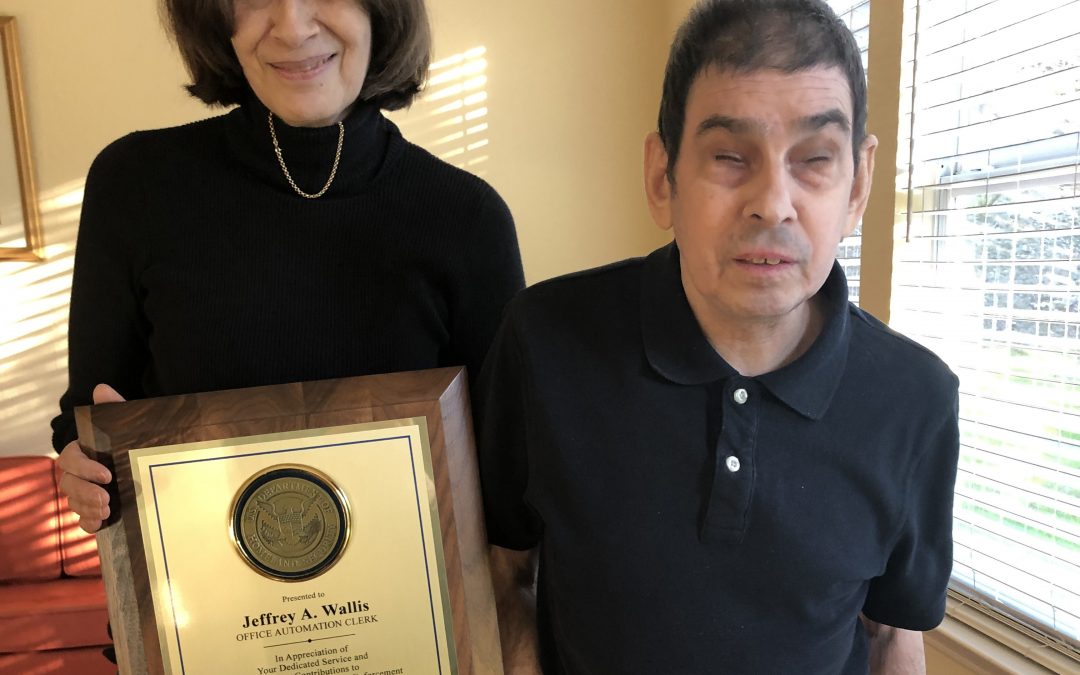 We often get letters from family members after a patient has died, but recently Hospice Austin Executive Director Marjorie Mulanax received this lovely letter from Deborah Wallis, the sister of our current patient, Jeffrey Wallis, about his nurse. It is reprinted here with Jeffrey’s and Deborah’s permission:

I’d like to take this opportunity to thank Hospice Austin for all Tania has done for my brother. Yes, Tania’s a professional. Yes, Tania’s a warm person who makes us feel we have all the care we need. But Tania is so much more.

Tania advises us as to what might be helpful for Jeff. Sometimes Tania scolds us or makes us realize there are things we need to improve – in the most loving way possible. Tania always makes sure we have whatever medicine or supplies we need. Tania sees my brother as a human and not as a strange person who has been blind from birth. Tania is very understanding of his need to keep a regular schedule and contacts us if her schedule is changing. Tania, while on vacation, took it upon herself to help me when my brother broke out with a serious rash. I could go on and on.

Hospice Austin is a miracle, and we’re extremely grateful for all the help, all the guidance, and the extraordinary way the organization is run.

Jeffrey said one of the things he likes most about RN Tania Watkins is that she is always ready to go above what’s required and is prepared to address any problem that comes up. Deborah appreciates that Tania is able to get Jeffrey to open up about how he is really feeling, when he won’t always mention to her if he is uncomfortable.

“I don’t want to complain about every little thing,” Jeffrey said. “I try to take care of things myself first.” 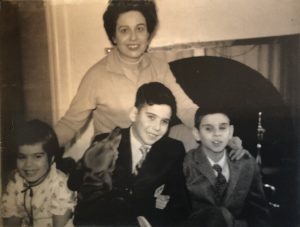 Deborah (left) and Jeffrey (right) with their mother and brother.

Jeffrey and Deborah were raised in Massachusetts and spent their summers with their family living on a boat. Jeffrey majored in medieval history in college and then worked for the US Government for 40 years, first for the US Customs office and then for Homeland Security. He is a ham radio operator, and his job entailed breaking the codes of drug smugglers so they could be located and apprehended. He traveled to Washington DC to receive a trophy for his work, and when he retired in 2019, a long line of police cars filled with colleagues and friends showed up at his home to give him two special awards, one from Homeland Security and one from Rep. Lloyd Doggett for his service, written in both print and in braille.

When Jeffrey was diagnosed with cancer, his doctors told him that he had three to six months to live. That was a year and a half ago. His months on Hospice Austin’s service have given Jeffrey and Deborah time to build strong relationships with both their nurse and their Hospice Austin volunteer, Jeannie Baker.

Jeannie felt comfortable with Jeffrey and Deborah from the very beginning. “They are both so open and friendly, and have led such interesting lives,” she said.

Jeannie and Jeffrey have a lot in common, including a love of history and a love of baseball. She even took Jeffrey to a Round Rock Express game this summer. She said he listened to the game live on the radio using earphones at the ballpark, so he didn’t miss a cheer or a boo.

Jeannie’s daughter had cerebral palsy and was mostly blind. Jeannie said that the idea of her daughter living in the dark has always bothered her. She asked Jeffrey about it and he responded “I don’t know if I live in the dark or not — I don’t know what dark is.” She said that affected her deeply. She added that she is as grateful for them as they are for her.

“I don’t think of myself as helping them in any way,” Jeannie said. “I’m always aware I’m a hospice volunteer, but I just feel like I’m going to visit my friends. I can’t wait to visit them!”

Deborah gets strength both from Jeffrey’s calmness and from the Hospice Austin team.

“I’ve come so far in the last year since we’ve been with Hospice Austin,” Deborah said. “I was not supposed to be the one being taken care of. You all have reminded me — how do I want to spend my energy? Every minute of every day counts and it’s up to us to make every day as happy as possible.”