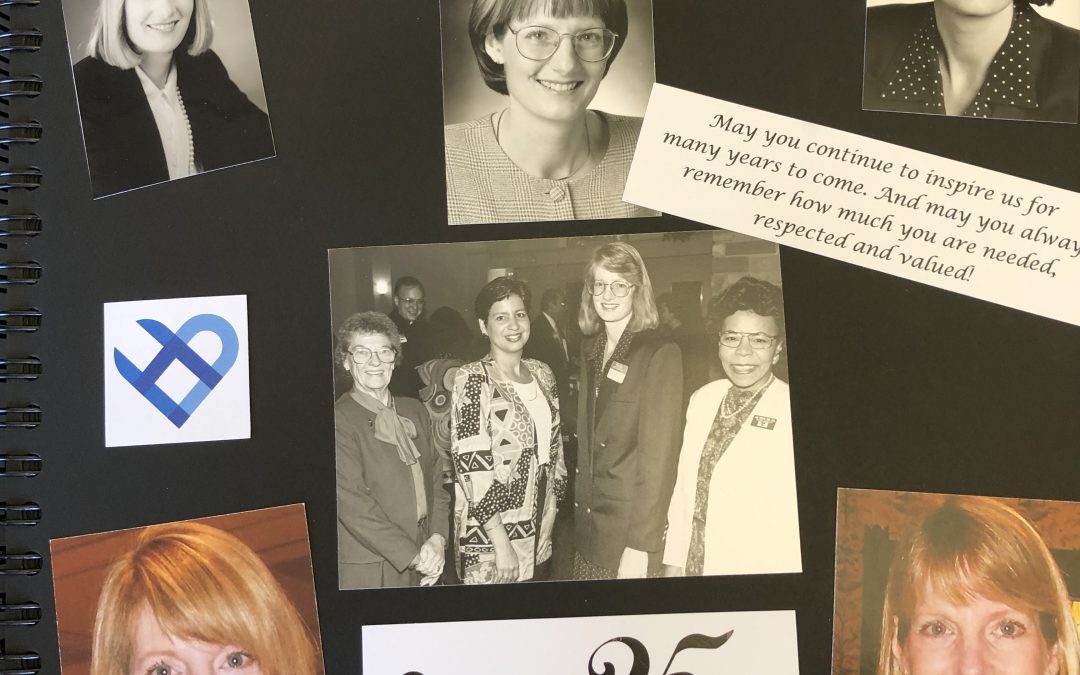 Not many nonprofits in the Austin area are able to boast about retaining the same executive director for 25 years, but Hospice Austin can!

Marjorie received her MBA from Northwestern University with a concentration in Hospital and Health Services Management. She knew that she liked helping people and wanted her job to be meaningful. She worked for a hospital association and then a Chicago-area hospital for three years developing planning proposals. She found it demoralizing – it was an extremely competitive, sexist and ruthless atmosphere. When her new husband, Craig, was offered a post-doc in Australia, Marjorie began working at a small Catholic hospital. She was number two in the company and her boss, the CEO, was a nun who fostered a nurturing environment. Marjorie learned well from her.

“I’ve tried to create a supportive, nurturing environment for staff here so they can take care of people in crisis,” Marjorie said. “We have a lot of caring, gentle and empathetic people at Hospice Austin and we need to be gentle with each other.”

During her tenure, she’s raised two daughters; purchased the administrative building on Spicewood Springs and then – within months – oversaw an unexpected capital campaign to purchase Christopher House; and managed Hospice Austin’s growth amid an exploding for-profit hospice industry through an unyielding commitment to quality and adherence to our mission.

Some of the greatest challenges for Marjorie has been balancing the needs of the patients and staff, and balancing Hospice Austin’s mission with finite resources.

“I’ve always tried to be true to our mission, to be here for people, both staff and patients,” Marjorie said. “It’s crystal clear. We definitely want to pay our bills and have money in the bank, but if it comes at the expense of saying no to expensive or difficult patients, the mission is clear. We care for everyone.”

Susan Franzen, Hospice Austin’s Chair of the Board, said that she began volunteering with Hospice Austin in 2003 because of the passionate way Marjorie told the story of the organization, focusing on the patients and families it serves.

“Now, as Board Chair, I find I am still in awe of her,” Susan observed. “While other hospices may have to search for a new leader every few years, Marjorie has staying power –not because she doesn’t have offers, she does. I have rarely worked with someone who continues to bring fresh ideas and new perspectives in the way that Marjorie does. We are extremely grateful she chooses Hospice Austin every day.”