Memorial Service for Emely and Adriana 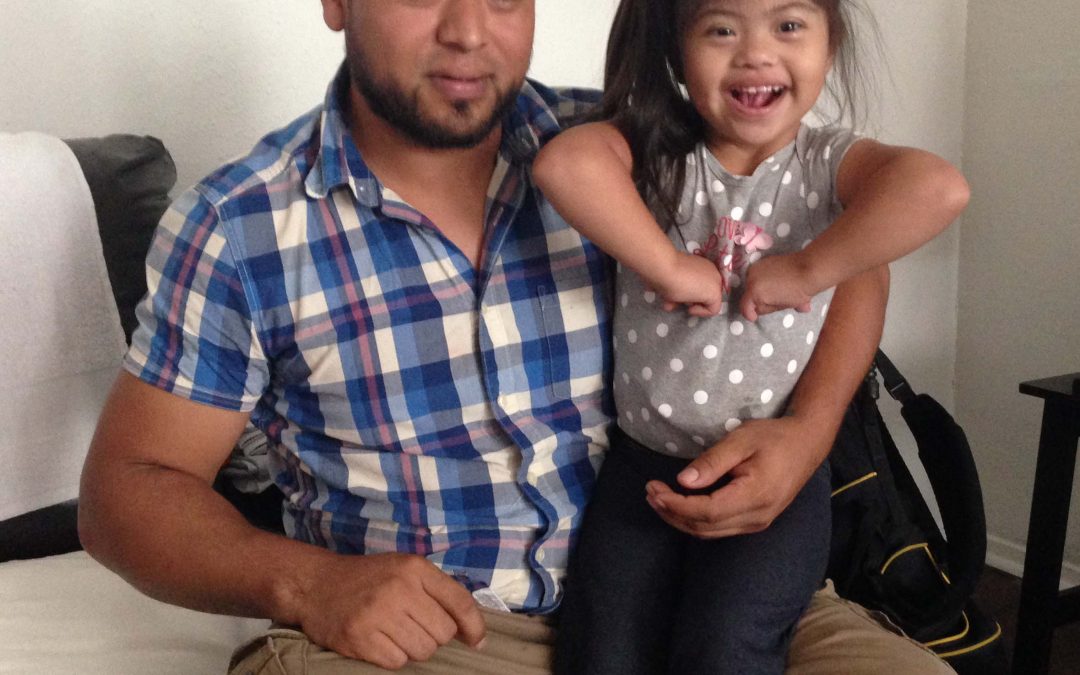 As many of you know, Jacob Rodriguez Lopez’s wife, Adriana, died on our service in August and his 4-year-old daughter, Emely, was diagnosed with leukemia in December and then contracted the RSV virus and died in early January. Jacob and Emely were both featured in the Austin American-Statesman’s Season for Caring campaign, and many of our Hospice Austin supporters donated money, gifts, cards, and well-wishes. There will be a memorial service this Saturday, Feb. 4th to celebrate the lives of both Emely and Adriana. Jacob would like it to be open to everyone in the community who has been so supportive of him. It will be held on Saturday, Feb. 4th at 2:00 pm at Palm Valley Lutheran Church, 2500 E. Palm Valley Blvd., Round Rock 78665.

The church is lovely. It was built in the 1800s, and there is a graveyard on the grounds. The sanctuary is full of dark wood wainscoting, stained glass windows, and ornately carved pews (you know those Germans.)

It is heartwarming to see how the service is coming together thanks to help from the community. A committee has formed to pull it all together primarily consisting of Amy Schell (Emely’s preschool teacher at Lucy Read); Leti Garcia (Down Syndrome Assn. of Central Texas); Becky Clowers (DSACT, who is a pianist for Palm Valley Lutheran); and me.

The church itself is donating about $4,000 worth of services – the sanctuary, parish hall (for the reception), the pastor, the printed program for the service, a caretaker to stay onsite, the burial plot and all costs associated with that. They wouldn’t take a penny, even after they learned that we have an anonymous donor willing to help with the cost. So sweet! The pastor’s name is Pastor Pablo Nestler and he will be performing the service in English and Spanish.

The prayer cards and t-shirts with Adriana and Emely’s pictures are furnished by Marty Butler, of the Butler Brothers (a graphic design firm) and by Sauceda Industries and Rivercity Sportswear. Both of Marty’s parents died at Hospice Austin’s Christopher House and his father was a housepainter, just like Jacob, so this cause is near and dear to Marty’s heart.  The family foundation who offered to pay for Jacob’s rent and utilities for a year has also offered to pick up other expenses such as cremation, headstone and help with travel expenses for Adriana’s other daughter, Fryda, who lives in Alabama.

Hospice Austin chaplain Juan Maravilla is providing the flower arrangements, so we know they’ll be gorgeous!

We have an a capella singing group called The Austin Threshold Choir who will be singing (in English and Spanish) during the service. They come to Hospice Austin’s Christopher House every week. They sang for Adriana while she was there, and Emely and her little cousin danced while they were singing. They were so touched by this family that they collected money and made a donation to Season for Caring and sent Jacob a card. Becky Clowers  (of the Down Syndrome Assn.) will also lead the congregation in some hymns.

Jacob’s brother in Alabama is a Baptist minister and he will be helping with the service. Jacob will be speaking during the service also. After the service is over, everyone will walk out to the gravesite and the pastor will say a few words. Then the Austin Threshold Choir will sing “Take Thy Flight” while everyone releases balloons. Food and drink for the reception afterward will be provided by the parents of Emely’s pre-K class at Lucy Read. So, a real community effort.

Mostly, Jacob wants everyone to know how much he appreciates all the love and support he’s received from Hospice Austin and from the community. He was looking at some cards and well wishes yesterday afternoon and said, “So much love….” He is so very appreciative.