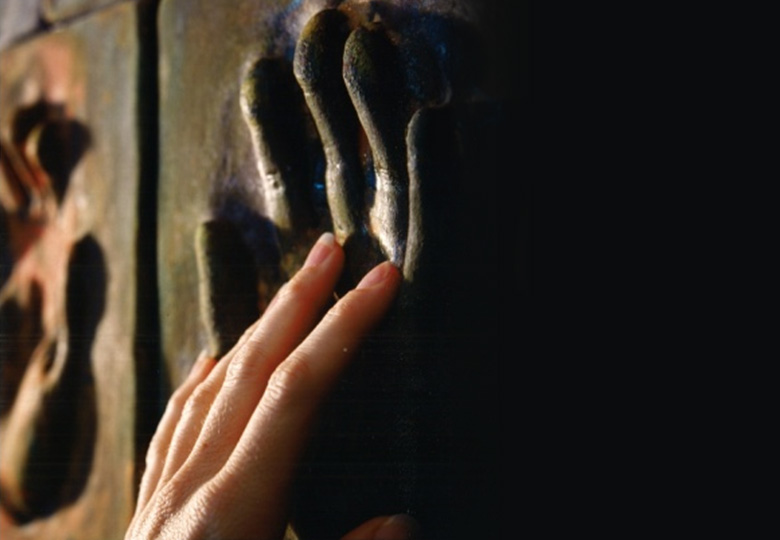 The end of a person’s life can so easily be consumed by chaos – pain, fear, grief, denial. Hospice Austin chaplains meet patients where they are, and, in the process of listening, bring comfort, peace, and invite patients to reflect on and define the meaning of their lives.

“It’s a time to focus on a whole person, and not just a medical issue,” said Hospice Austin Chaplain Katrina Shawgo. “I help them mark this as a sacred time and a sacred space. Their life, their experiences, their memories – chaplains can help bring that into focus. I ask them, ‘How did you become the person I see now?’”

Chaplains are present for the families as well. One husband of a young patient dying of brain cancer was very angry, yelling and cursing at staff as they cared for his wife. Katrina got mad with him about the unjustness of his wife’s disease which gave him a safe space to talk about his anger. He needed someone to name and validate that emotion.

Hospice Austin Chaplain Melissa Russell says that curiosity helps her connect with patients and families. “I’m curious about what’s meaningful to them and what role the spirit – that part of a person that doesn’t change, that’s eternal – plays in their lives.”

Many patients who don’t believe in God develop a strong relationship with the chaplains on their team, simply because the chaplains have no agenda to convert someone to their way of thinking. Melissa said that some of her best visits are with people who are not religious.

She said that people of other faith traditions often call on chaplains as well. “Curiosity about other people’s faith traditions is very helpful,” she said. “Jewish people are usually very welcoming, and so are Islamic. People are willing to share their practice with you if you show interest and want to honor that.”  When Melissa was the chaplain for Hospice Austin’s Christopher House, she helped coordinate a visit from monks to a Buddhist patient.

Before Juan Maravilla became a priest, he wanted to become a doctor in order to heal the sick. He’s merged those two passions into his work as a Hospice Austin chaplain. He said his work with patients and families has caused his own spirituality to become stronger. “When people are dying, they want their privacy,” Juan said “But for chaplains, they will open the door. I feel I have a mission, a call to be there.”

Juan Maravilla with an arrangement for a patient

Often the relationship takes time to build, but it’s done at the patient’s pace. Katrina used to take nature walks with a patient and they would pick wild onions, rosemary and blackberries while they talked. Juan often brings flower arrangements to his patients and, sometimes, they work on the arrangements together.

Juan remembers one patient, who, when Juan visited, asked him what he was doing there. Juan replied that the patient’s daughter had invited him to come by and say hi. The patient asked his wife to give Juan some coffee, and then they just sat in silence. The next week they sat in silence again, but as Juan was about to leave, the patient asked Juan if he would like some ice cream or cookies. The week after, the patient began talking and they developed a strong relationship. Every time Juan was about to go, he would ask if Juan would like some coffee or cookies, just so he could stay a little longer.

The family told Juan that their father was a different person after meeting him; before, he had been angry all the time and disappointed in religion. Juan said he and the patient talked a lot about how dying was a natural process. One day, his family called and said the patient wasn’t doing well and Juan hurried over. The patient was lying on the sofa, agitated and unable to talk, but grabbed Juan’s hands. Juan asked if he would like an anointing, and the patient nodded yes. Juan put on his stole, said a prayer, and began the ritual.

“I was holding his hands,” Juan remembered, “and the strength in his hands slowly let go. He died while I was anointing him. His family said, ‘Juan, he was waiting for you.’”