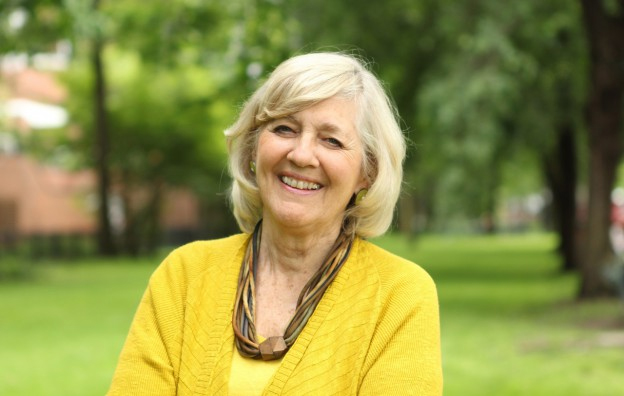 Three months before Ellen Goodman’s father died, they didn’t talk about his recently-returned cancer. Instead, Ellen’s mother bought him a suitcase for his birthday.

“I don’t know if that suitcase qualifies my family for the Denial Hall of Fame,” Goodman, the former Boston Globe columnist wrote last week in the New York Times, “…but I’ve carried the psychic baggage over the years. I have never forgotten that image and how we lost a chance to say goodbye. I still wonder if my father was lonely in the silence that surrounded our inability to talk about what we all knew.”

After her mother died years later of dementia and heart failure — without the two of them ever discussing what she would or wouldn’t like done in case she couldn’t speak for herself — Ellen began talking to others about their experiences with family members. She discovered that too many loved ones had not died in the way they would choose; too many survivors were left feeling depressed, guilty, and uncertain about whether they had done the right thing.

In 2010, she and a group of colleagues and concerned media, clergy, and medical professionals gathered to share stories of “good deaths” and “bad deaths” within their own circle of loved ones. Over several months, a vision emerged for a grassroots public campaign to encourage people to talk now and as often as necessary so that their wishes are known. They partnered with the Institute for Healthcare Improvement and developed a website. Conversation Project.org is a trove of information and offers a free conversation starter kit, stories, and videos to help anyone get started with having the conversation.

She said that about two-thirds of the nearly 300,000 people who have come to their website have download the starter kit. They have been told repeatedly that conversations that had loomed as frightening and overwhelming repeatedly turned into the most intimate and rewarding moments.

Hospice Austin also has information about having the conversation and advance directives on our website.

As Goodman notes, there is a real momentum for improving end-of-life care. The signs range from the Institute of Medicine’s report, “Dying in America,” to the success of Atul Gawande’s book Being Mortal. Congress is also considering legislation to reimburse physicians for speaking with patients about end of life planning.