Being Brave: The Courage to Relax 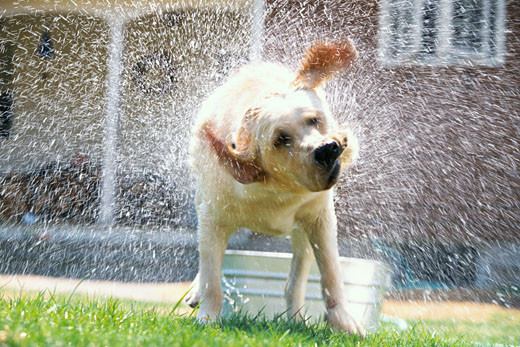 After a full summer spent volunteering on the border of South Texas, Bill and I set off, bicycles in tow, into Mexico.  We rode buses and trains between destinations. Once we arrived, we either stored the bikes or used them to explore our new surroundings.  The more we saw of Mexico, the more enchanted we were.  On one twelve hour train ride from Mexico City to Vera Cruz we traveled through snow capped mountains, a lush, tropical rain forest, wide-open plains, arid desert, and along the seashore.  At every stop along the way we were mesmerized by colorfully dressed Indian women with long braids down their backs selling baskets of food or crafts; by earnest children singing or playing the ukulele for a few pesos; and by sturdy men carrying enormous loads on their backs of produce, wood, or bricks.   The thing that most captured our attention, however, was the food. Having grown up in the land of El Rancho and Taco Bell, true Mexican cuisine was a mind blowing experience for this little gringa.  The first question on my mind every morning was, what are we going to eat today? There was so much to choose from and it was all delicious:  tortas and tamales; mole and pozole; carnitas and gorditas;  camarones and chicharones; arroz con pollo and arroz con leche; cochinita pibil and Huachinango a la Veracruzana. We ate it all.  And we ate it with gusto.  At least once a day we stopped for paletas, irresistible popsicles made of crushed fresh fruit that were for sale, it seemed, on every street corner.  Never before had I thought about or enjoyed food so much.  Thank goodness we were walking and biking all the time or I might have had to invest in another wardrobe to accommodate my favorite new hobby.

While everything was new and exciting, it was also foreign, often confusing, and sometimes frustrating.  There was a different currency and language to learn; customs and expectations to navigate; people to meet and understand.  The way I coped with being in this unfamiliar and constantly changing environment was to stay on high alert for any and all possible danger.  The delicious meal could become a serious regret if Montezuma decided to take his dreaded revenge.  The beautiful mountain vista could become a really rough hike if the bus broke down.  A quaint seaside resort could become dangerous and forbidding if those ne’er do wells on the other side of the street decided to look our way.  One can never be too careful, the ominous and all knowing voice in my head seemed to say.

And so it was on one day while we were holding hands on the way to the post office in Vera Cruz, (home of the most delicious shrimp cocktails on earth) Bill gave my arm a little shake and said, Girl!  You’re walking with your brakes on.  Relax!!

I am relaxed! I said, snatching my hand from his.

Really, I said again, trying to convince at least one of us, I am completely relaxed.

Whatever you say, he mumbled, as we walked on, now thoroughly irritated with each other.

Twenty five years later, Bill and I occasionally have a version of this same conversation.  Sometimes I’m the one urging Bill to lighten up, but usually it’s the other way around. On that day in Vera Cruz, however, I began to wonder about what it meant to relax, especially in the midst of intense activity or in an unfamiliar environment.  Was it possible to be relaxed on the outside while remaining awake, alert, and focused on the inside?   If I relaxed, would everything fall apart?

So, I tried it.  And what I found surprised me.  The outcome was almost always the same whether I was uptight or not.  We either found our hotel or we didn’t; we caught the early bus or we got on the next one; the bank was open or it was closed; we ate in the market and did not die of dysentery.  What was different, however, was who I was along the way.  Anxiety, I learned, is contagious.  Anxiety makes me cranky.  Anxiety is exhausting.  On the other hand, when I relaxed, life was more pleasurable and more manageable.  I discovered that even when things fell apart, I didn’t have to.

Almost everything goes more smoothly when we’re relaxed.  Just like brake pads, we run out of cushion emotionally, spiritually, and physically when we are constantly braced for the worst.  When my shoulders are up around my ears and I’m chewing the inside of my lip, I take a deep breath and remind myself that all is well.  Because you know what?  Most of the time, it actually is.

To Practice:  Stop a minute right where you are.  Relax your shoulders; shake your head and spine like a dog shaking off cold water.  Tell that imperious voice in your head to be still.

Now, what will your brave move be this week?