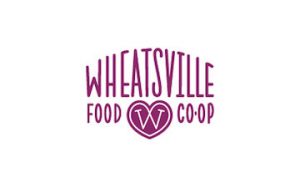 Wheatsville Food Co-op is a full-service, natural foods cooperative grocery store which has been serving the Austin community since 1976.  Repeatedly voted “Best Neighborhood Grocery Store” by the Austin Chronicle Readers Poll, Wheatsville has two locations: 3101 Guadalupe St. and 4001 S. Lamar. Wheatsville is open to all shoppers and does not charge a surcharge to non-members.

We are delighted to feature Wheatsville as our Community Partner for the month of September!